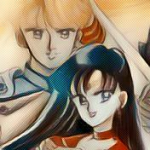 upset that she reset her wiki counter twice! gah! headdesk!

A "fan"? I'm on my fourth playthrough, and I'm a major contributor to the forums! I'm more than just a "fan". It's a masterful work of interactive storytelling! Seriously, if you haven't played it, what have you been doing with your life?

Jadelady, a member of Choices: Stories You Play Wikia, is your run of the mill player with some time on her hands. She had first used the Wiki for walkthroughs a year or so ago, but was first seen contributing in December 2018.

Jade's appearance is determined by how much time she actually got to sleep last night. It is determinant on weekdays vs weekends, work hours, commute times, chores, and time she spends on Choices and the wiki. She will neither confirm nor deny the presence of cat hair on her clothes.

She tries to be helpful and work on pages that aren't commonly worked on. As humor and sarcasm are hard to tell online especially when you cannot hear tone of voice, she tries to minimize the jokes.

The below section is a "draft" section.

(Chapter 2) Voice
When the sap of the tree rests in the blessed chalice... the skies shall turn red, the earth shall be torn asunder... and the First shall walk again.

Every step you take brings you closer to me. To reunification. To rebirth. Do not fight the blood. Embrace it.

Bloodkeeper: "the power to experience the memories of all vampires who had ever walked the earth" according to Jameson. If that is true, when you have a vision of the tomb, is it Xenocrates you are seeing as the "someone in a robe" crouched beside the sarcophagus (in Ch2)? if so, why would he have the "vial of sparkling blood flecked with gold"? is there another vampire we don't know about?

Epoch: They are an alien species that is able to see every possibility the future holds. However, with all possibilities, they never know which one will come to pass.

Rescue of Eos and Zekei

Others: Meridian tending to Holmes in med bay, Corvus tending to Argo, Sol is not good in a fight and stays on board to take care of Atlas; Corvus also says they'll keep the bar open for the passengers.

RoE 3, Ch 15: Leo remembers a sniper trying to take a shot at them; he wasn't sure if the sniper was aiming for his father, mother, or him.

Retrieved from "https://choices-stories-you-play.fandom.com/wiki/User:Jadelady?oldid=297475"
Community content is available under CC-BY-SA unless otherwise noted.