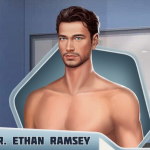 I don't know what are you looking for here, but Hi! :)

Books I love (Not in any particular order):

Endless Summer: What's not to like about this book! Incredible story, Combination of mystery and adventure, Plot Twists are amazing, Interesting and likeable characters!

It Lives Anthology: Hands down my favorite series! As a massive horror fan, I just have to adore this series! Everything in it is amazing! From a story, to characters, to plot twists, to horror element itself!

The Crown and The Flame: Amazing!

The Heist: Monaco: Not a fan of a genre, but I'm loving this book! Crew is probably the best part of this book! Their dynamic is great and every member is really unique and interesting!

Big Sky Country: As someone who grew up and lives at the country, I can really relate to the most things in it!

Love Hacks: Great book for a good laugh and relief from all the drama in the other books!

Open Heart: This is the only book I care for right now. Why are good books taking forever to get their sequels. I miss my sexy Ethan.

Rules of Engagement: Biggest reason why I love this series so much is because we could travel to the other countries. I love travelling, geography and learning about different cultures and traditions! Our siblings were also quite interesting and likeable!

Nightbound: Like it more then the Bloodbound, but they could have done it a lot better! It had a massive potential!

Blades of Light and Shadow: Perfection! This book is a perfection! I needed this in my life! My faith in PB is slowly starting to return! Where do I even start. The visuals and music are amazing, the story is interesting, the characters and LI's are likable and badass, gender of choice, everything about this is amazing! Only one problem, it's an expensive book. I can already tell that most of my diamonds are gonna go here.

Books I'm in the middle:

Bloodbound: Not a fan of Vampire Fiction. The characters and story are great tho, will acknowledge that.

Most Wanted: Not as amazing as everybody is saying it is. Still want a second book tho!

The Elementalists: Not a fan of magic/wizards fiction. Same as Bloodbound, characters and story are great.

Hero: I don't care for anything superheroes related. But same as Bloodbound and The Elementalists, characters and story are great.

Perfect Match: Was a massive fan of a first book, but I just couldn't get in to the second book.

The Royal Romance: Aka, PB's biggest cash grab! Seriously, how many books does this series need? It wasn't even that good to begin with! I have zero desire to see this series continue in any way, shape or form!

Class Act: Literally the only reason why I like this series more is beacause I love Skye! She's this series saving grace!

The Hunting Of Brainwood manor: Could have been better.

America's Most Eligible: My feelings for this book are mixed. Loved the first book! Very enjoyable for a reality themed book! Hated the second book! With introducing new interesting characters, just for them to leave so early, whole Vince and Carson drama and forcing us to marry one of the 4 boring LI's! And why is the third one another wedding book? At least we got to end up with Bianca/Slater at the end. Although it was done terribly! I will miss the crew ngl!

Passport to Romance: When this book was firstly announced, I was really exited for it, because I love travelling, but this book is really uninteresting and boring. I wanted to see some newer and less obscure countries, but instead we got to travel to already hundred times seen Paris. Also the lack proofreading in this book is God damn awful!

Platinum: We present you the geyest book in Choices, but you can only play as a women! And I'm still mad over Peyton lying and getting fans hopes up!

Bachelorette Party: Cover aside, I don't know how I feel about this book. I did laugh a few times, the "crew" is kind of annoying, Aisha's attitude turnes me off and Courtney, although has some funny moments is really annoying sometimes. Writing is pure cringe most of the time. And I was already pretty annoyed by the whole briefcase thing, by the time I was half way through the book!

Mother of The Year: It could have easily been Parent of the Year is PB wasn't so lazy!

The Freshman Series: Where do I even begin with this one. First of all it overstayed it's welcome, it jumped the shark way to many times, most of the main characters are really unlikable, MC is an idiot, terrible writing in the later books especially in the Junior and what part of "I hate Sebastian and I don't want him to be my friend" does game not understand?

High School Story: I just can't get into this series. Second book is probably my favorite. First book was boring and the third one was just frustrating.

Red Carpet Diaries: Thank You Next!

A Courtesan of Rome: Was into it at the beggining, but quickly lost interest. I'm not a fan of historical fiction.

Desire and Decorum: Same as ACoR.

Home for the Holidays: At least visuals are nice...... Right?

Ride or Die: It got a little bit better, but I still hate it!

Sunkissed: Plot and story are boring and uninteresting, I don't like any of the LI's and I'm sick of all family drama!

Save the Date: Hopefully this is the last time we're forced to deal with weddings and genderlocked books. Almost every character is annoying and without doubt, the worst MC in the whole game! Immature, childish, spineless and ultimately unprofessional fool!

The Royal Masquerde: First of all, not to repeat myself, genderlocked... EW! And the fact that we can choose a gender of our LI's makes me even more mad! Second, I already said that I'm not a fan of historical fiction, so it's not a surprise that I find this book boring. And third, I love how PB says that they don't have enough resources to make some books gender of choice, but they do have resources to make LI's gender of choice and rewrite The Royal Romance.

Baby Bump: How unecessery is this book? No seriously. How much? Pregnancy is one of my least favorite, if not THE LEAST favorite genre! We already have MoTY and TRH, and I don't even like those! Other problems include: cringy writing, unlikable characters and LI's, expensive diamond choices and those reused OH faces again!

Characters I wish were LI's:

Retrieved from "https://choices-stories-you-play.fandom.com/wiki/User:Dabar,oposumibogomoljka?oldid=289869"
Community content is available under CC-BY-SA unless otherwise noted.