Choices: Stories You Play Wiki
Register
Don't have an account?
Sign In
Advertisement
in: Stories, The Sophomore, Romance, Female Lead

Chapter 1: Hanging by a Moment

Someone sabotaged your house! Can you track down the culprit... and save your home from being condemned?

Chapter 2: Everything Will Be Alright

Zig wants to talk to Manny. Will he be able to get through to him, and how will things go when the house inspector stops by?

Becca prepares for her first day of work... Will she be able to handle a real adult job?

Chapter 4: Come Away With Me

After a long and stressful week, you and your friends deserve a little fun!

Your and your friends head to the winter festival to raise some money, and then it's time for your book launch! How will you handle the excitement?

Chris's dad shows up on your doorstep! With your second inspection fast approaching, will there be more surprises in store for you and your friends?

Tyler and Abbie have a heart to heart, and you think about your own love life.

When a special opportunity arrives for Chris and his sister to bond with their long-lost father, will their family past get in the way?

Spring arrives at Hartfeld, and you find yourself reckoning with some serious problems.

Chapter 10: Get the Party Started

You and your friends discover a new way to save the house... and it involves throwing a murder mystery party!

Becca is finally ready to reveal her surprise for Madison! How will Madison react to her apology?

The day of Zig's dance performance has arrived! Will he ace his routine, or will he stumble?

As James signs a book deal and Kaitlyn takes on the final round of BoB, you consider your future.

It's graduation day for the seniors! Will the ceremony go as planned?

Chapter 15: Not Ready to Make Nice

Your house's fate is on the line. Will you be able to save it, or will Dorian Delacroix tear you down in court? 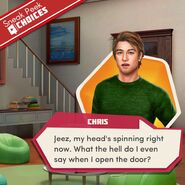 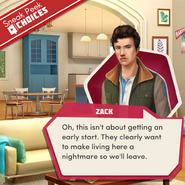 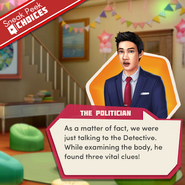 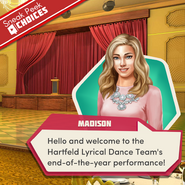 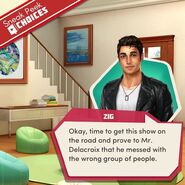 Part of TS, BK 2 on Display 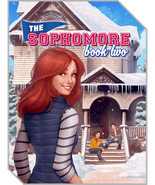 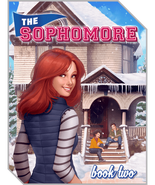 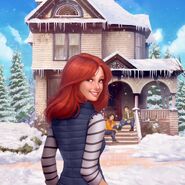 Tyler's Car in the Book 2 Finale

Confirmation of The Junior

Click here for the walkthrough of this book: The Sophomore, Book 2 Choices.