Choices: Stories You Play Wiki
Register
Don't have an account?
Sign In
Advertisement
in: Stories, The Sophomore, Romance, Female Lead

A new school year brings new adventures, new friends, and new options for romance…. for you and your friends!

You return to Hartfeld for your sophomore year, but things get off to a rocky start when you meet your new roommate.

Gabriela may be able to help you with your living situation... But can you handle the price?

It's Chris's first practice as football captain, and Zig's first day on the team. How will the two of them fare?

Becca is down in the dumps. Can you get her back on her feet?

You and your friends throw your first house party! Can you impress your guests with your hosting skills?

It's time for the Homecoming game! Do the Knights have what it takes to win?

It's time to celebrate the Knightly News' first issue! What could possibly go wrong?

Chapter 8: I Want It That Way

Chris is cracking under pressure and Kaitlyn feels threatened by Natasha's new band. Can you reassure your friends?

Becca wants to check out a party at the sorority to see who's pledging. Are her motives pure, or otherwise?

Your friends are really starting to feel the pressure of their futures! Can you help them improve their outlook?

The band's debut is coming up fast, but Natasha isn't playing nice. Will you put a stop to her conniving?

Chapter 12: Get What You Give

Kaitlyn's band is debuting! Will the night end in triumph, or go up in flames?

Reyna shares some interesting info, James struggles with a project, and Chris grapples with big news.

Tyler and Abbie consider their relationship, Becca hatches a plan, and Chris and Zig prepare for the ultimate test of their team's solidarity.

Between James's graduation and Kaitlyn's audition for Battle of the Bands, emotions run high... But you've got a plan to help everyone unwind.

You're back from break and ready to kick off the quarter with a party, but will the festivities go smoothly for all attendees?

Chapter 17: It's The End of the World as We Know It

Will drama destroy the first party of the quarter, or will you and your friends turn it around and start the new year right? 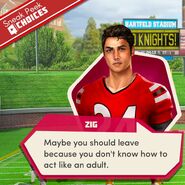 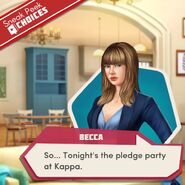 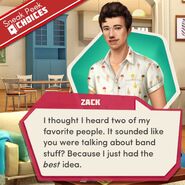 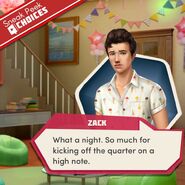 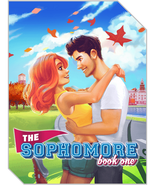 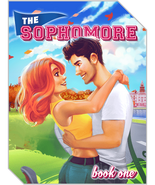 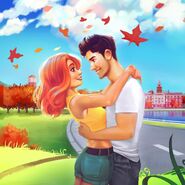 Click here for the walkthrough of this book: The Sophomore, Book 1 Choices.