Choices: Stories You Play Wiki
Register
Don't have an account?
Sign In
Advertisement
in: Stories, The Junior, Romance, Female Lead

While dealing with the events of last spring, you prepare to begin your junior year.

While dealing with the events of last spring, you prepare to begin your junior year.

Chapter 2: A Head Full of Dreams

While James seeks your help with his book, Kaitlyn searches for a new drummer, and you rejoin the newspaper.

Chapter 3: Shake It Off

As you settle into apartment life, you discover sharing a space with another person isn't as easy as it seems.

An argument leads you to a night on the town with new friends... But things don't go quite as expected.

Chapter 5: Somebody That I Used To Know

After a harmless prank goes horrifically awry, it's up to you to prevent the culprit from striking again.

In the wake of a nasty surprise, Chris worries about his future, and you get into your role as investigative journalist.

Chapter 7: We Are Young

It's Thanksgiving and Abbie and Tyler are hosting a get-together for all of your friends! What are you thankful for?

Kaitlyn suffers a setback, and you find yourself investigating suspicious occurrences.

Chapter 9: Pray You Catch Me

Disaster strikes two more of your friends as the pranks on campus get worse! Who could be next?

Chapter 10: Set Fire to the Rain

A breakthrough in your investigation leads you closer to catching the culprit... But it also puts you in danger's path.

With nowhere left to turn, it's time to come clean about your investigation.

Chapter 12: Rolling in the Deep

You and your friends deal with a difficult truth, and you find yourself facing a crisis.

Chapter 13: Look What You Made Me Do

You're ready to confront the culprit. Will justice finally be served?

After its introduction in LoveHacks, Book 1, the "Closet" feature was subsequently added to some of Choices' other series. This feature allows you to customize your clothes and in-game appearance.

The evidence board is for clues that are found in Book 1. Initially, it was solely used to find out who crashed into Tyler's car at the end of The Sophomore, Book 2, but in Chapter 5, the board's use was extended for other investigations, such as the case of Beau Han's increasingly disruptive behavior.

You and your love interest or Zack have moved into an apartment. Be on the look for decorations that will make the place a cozier home. 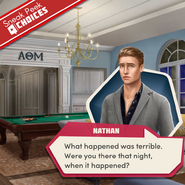 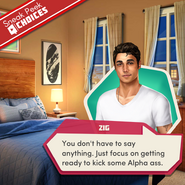 Confirmation of The Senior

Confirmation of The Junior 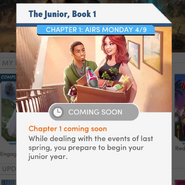 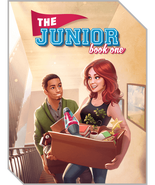 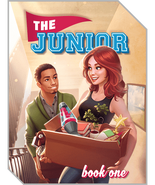 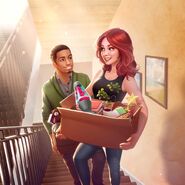 Your Character's Apt. (No Pillows)

Apt. Decorations as of Ch. 8

Evidence Board as of Ch. 5

Evidence Board as of Ch. 6

Evidence Board as of Ch. 8

Evidence Board as of Ch. 8

Evidence Board as of Ch. 9

Evidence Board as of Ch. 9

Evidence board as of Ch. 11 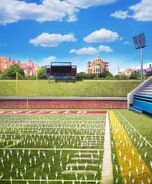 Click here for the walkthrough of this book: The Junior, Book 1 Choices.