Choices: Stories You Play Wiki
Register
Don't have an account?
Sign In
Advertisement
in: Stories, The Heist: Monaco, Heist,
and 3 more

Case the joint, assemble a crew, and make off with the score of a lifetime...

Chapter 1: What Could Possibly Go Wrong?

As the leader of a crew of thieves, your next job may get you the payday of a lifetime, payback on your enemies... and the crown jewels of Monaco!

Chapter 2: Are We Really Doing This?

The Monaco Job is on! All that's left to do is case the joint and build a crew... But not before visiting a friend...

The plan's barely off the ground, and Ansel already knows you're here! How will you keep him off your trail?

On your first job, you break into the heart of Trask Island Prison... Will you break Eris out, or end up behind bars?

Chapter 5: Please Point That Somewhere Else

Your escape has gone awry! Will you get away, or will your plans be cut short?

Chapter 6: You Think We Need One More?

With your safehouse in ruins, you need to regroup... and add one more member to your crew!

Chapter 7: Who the Hell is Ulrich?

Ansel has commissioned a custom vault system to protect the crown jewels... and it's made by an expert in unbreakable designs.

Ulrich has the plans to the security system on a flash drive, and you need to steal it... at the most glamorous casino in the world!

Chapter 9: Of Course It's A Masquerade

The stakes are high when you and your crew pull a job at a masquerade gala... Will Ansel and Sonia see through your mask?

Your cover is blown! Time to get out, and get out fast...

Chapter 11: Hit Me As Hard As You Can

Ansel is hiring a notorious private security group... but he's not the only one with some muscle on his side!

Chapter 12: Not Furious Per Se

The day of the royal wedding is getting closer. It's time to go full throttle!

In less than a day, every Triton guard will know your face and name. Will you and your hacker be able to change the memo in time?

Chapter 14: Hope We Didn't Get Dressed Up For Nothing

It's the day of the wedding. The crew is ready. The job is on...Time to go to work.

You've just been tied up with a major snag in the plan... Can you still escape with the jewels?

Chapter 16: Did You Think We Were Done Here?

Time to escape Monaco a much richer thief... But what happens to you and the crew afterward?

Certain choices throughout the story can increase your Heist Score. The score will determine which one of the three endings you will get at the end of the book.

Each crew member's Trust Score will determine which ending (good or bad) each will receive in the end. 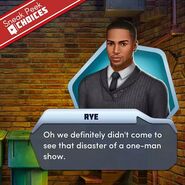 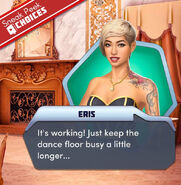 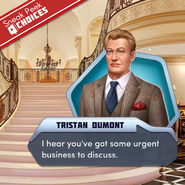 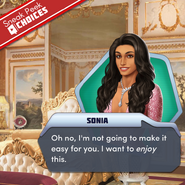 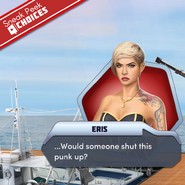 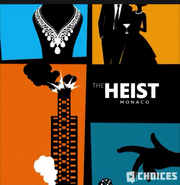 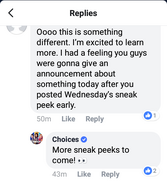 More sneak peeks for The Heist: Monaco to come 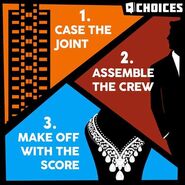 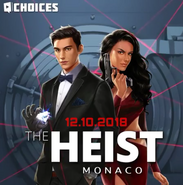 How much do other PB writers know about each other's projects

PB Confirming that this book is a standalone

The Heist:Monaco and Desire & Decorum 2 Q&A

When is Winter? from Q&A

Staying tune for TH:Monaco,D&D 2 and AME 2 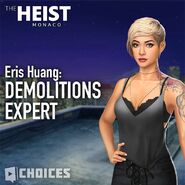 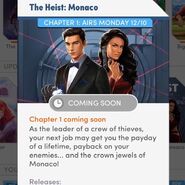 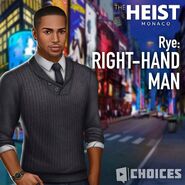 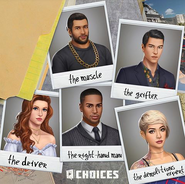 Who Do You Trust? Sneak Peek 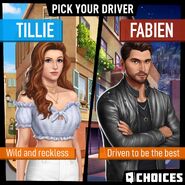 Summary from the app in new Dec 2018 update 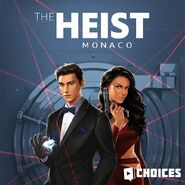 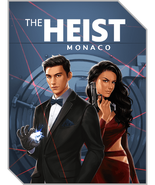 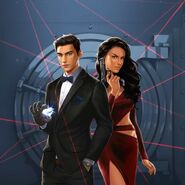 Version 1 of MC's Crew in TH:Monaco

All Female Crew (except Rye)

As featured on the Choices App

Proof that it's Male MC on the cover 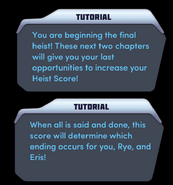 Chapter 14 Warning about the possible endings 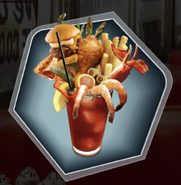 Your Character, Rye, and Eris

Bad Ending (2000 Heist Points and below): If during the course of the book, you do not gain enough Heist Points, your character, Rye, and Eris will end up with the bad ending for the book. In this ending, the heist fails for you and your crew. As a result, Your Character has to go on the run and can never truly rest. Rye is forced to work demeaning low-pay jobs and Eris works various jobs including as a substitute teacher for kindergartners. Ansel is still famous and has enough resources to pursue you and your friends, so the three of you must stay on the run for the foreseeable future, never achieving true peace. Meanwhile, Carlisle gets engaged to another heiress since his wedding to Marguerite was interrupted and canceled.

Average Ending (2100 to 4700 Heist Points): If during the course of the book, you gain an average amount of Heist Points, you will unlock an average ending for you and your crew. You do not end the book in total ruin, but you are far from happy. In this ending, Your Character continues to pull off some small yet successful heists. You also have a decent amount of money to enjoy, while you reside in Dubai and Spain. In this ending, Rye ponders a career in sports while Eris works for the government. The average ending ends with you and your original crew promising to do one last heist.

Good Ending (4800 Heist Points and above): If during the course of the book, you gain enough Heist Points, you will unlock the good ending. In this ending, you, Rye, and Eris run an international organization of thieves out of the Caribbean. You can choose if you want your next heist to be on the Cordonian Royalty, Hollywood or Eros. You can also call on certain members of your crew even if they did not participate in the Heist: Monaco. Ansel is out of a job and his reputation is ruined; and Carlisle is sent to prison, but claims to be a victim in spite of it all.

Note: It is possible to achieve the Good Ending on a non-diamond path (maximum 5000 Heist Points)

Bad Endings (depending on Trust): In their respective bad endings, Anton works a demeaning job as tech support at ClickIt; Samira becomes a "soccer mom" without retaining her Blackbird status; Sybil is on the run for stealing maple syrup; Edison ends up at a retirement home where he tries to steal a watch without success; Lena is forced to work as a mall cop; Jones returns to the world of wrestling but must take up another mantle as "Fat Bubba Smashfist”; Fabien is arrested after trying to set a record for the longest police chase across country; Tillie goes on the run after rescuing animals; Miranda goes on the run from palace guards; and Graves is eliminated from "America's Most Eligible". If Sonia doesn't trust you, she will join Interpol on the hunt for you.

Good Endings (depending on Trust): In their respective good endings, Anton starts a relationship with the barista and also joins the Rooks; if his father was on the team, Edison is reinstated into the Rooks and presents Anton with his signet ring. Sybil successfully steals the Ember of the Sea and thereby becomes a pirate; Samira attends her daughter's soccer match and brings down a criminal businessman. Lena opens a new security company; Jones starts his own wrestling league. Fabien happily lives his life his way and rejects a job to race in the F1 circuit; Tillie opens her dream animal sanctuary. Miranda reunites with Marguerite and runs away with her; Graves becomes a successful actor in a movie based on the events, directed by Tommy Phelps. If Sonia trusts you enough, she will tell Interpol that she has no idea where you went.

Click here for the walkthrough of this book: The Heist: Monaco Choices.