In this book, your character starts the winter quarter of her freshman year at Hartfeld, as she deals with old problems, new projects, and her one true love...

Winter quarter has begun! Will things heat up with Chris, Kaitlyn or James... or will you be left out in the cold ?

Winter quarter has begun! Will things heat up with Chris, Kaitlyn, or James... or will you be left out in the cold?

Get ready for a big welcome back party at the suite... and a perfect opportunity to recruit some actors for James's play!

James is casting his play, and you and Becca are up for the same role! Will you be the leading lady or a supporting actress?

Rehearsals have begun for Rosethorne Park! You memorized all your lines... right?

It's time for you and Kaitlyn's big stage kiss in front of an audience... including an unexpected visitor!

Your friends gather in your dorm to celebrate a successful opening night!

It's time to have 'the talk' but will it be with Chris, Kaitlyn, or James?

When Professor Vasquez collapses at your party, the truth about his illness is revealed.

Arjun has asked Kaitlyn to hang out... are his intentions romantic, and can she tell him the truth about herself?

To run for president, Chris will need to collect signatures... but Sebastian has other plans.

Kaitlyn's parents decided to surprise her with a visit to campus. It should be fun... if you can keep a secret!

The campaign trail is getting rough for Chris. Meanwhile, Vasquez struggles to find the best way to say goodbye to his daughter.

A 60s themed party is the perfect way to kick the election off right. But will it be a night of good, clean fun, or will someone be playing dirty?

With the information you've uncovered about Sebastian, nobody will find out about Chris's criminal record... right?

Freshman year is coming to a close and it's time to celebrate. There's love to be found on the high seas, but with whom? 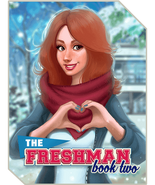 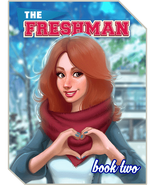 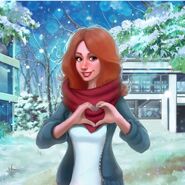 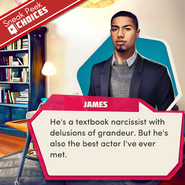 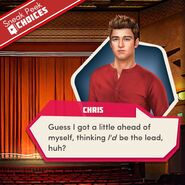 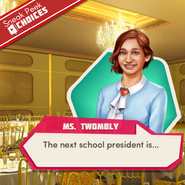 Part of TF BK 2 on Display 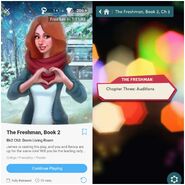 Click here for the walkthrough of this book: The Freshman, Book 2 Choices.