Your enemies stole your kingdom, but now the time has come for you to raise an army, master magic, and reclaim your crown!

Kenna, an exiled queen, and Dom, a man with mysterious powers, must raise an army to reclaim their stolen kingdom from a treacherous warlord.

Chapter 2: The Ruins of Rajkur

Two years later, Luther Nevrakis is King of Stormholt, but Kenna and Dominic spy a chance to take back the Kingdom!

The Rajkur temple is under attack! Meanwhile, Dominic struggles to stay safe inside Stormholt under Prince Marco's brutal regime.

Dominic's magic is growing as Kenna and Gabriel seek help from an unlikely company of cutthroat mercenaries.

With Kenna and Gabriel being held captive, they'll need to fight for their freedom. Meanwhile, Dominic sneaks into the Stormholt dungeon.

Can Kenna survive a duel against the biggest, baddest, and most bloodthirsty mercenary in the army?

A newfound army at her back, Kenna travels to the golden city of Aurelia. At Stormholt, Dominic spies on Marco and learns a disturbing secret...

Dominic discovers that Prince Marco plans to ambush Kenna in Aurelia! Can he warn her in time?

Prince Marco holds Kenna captive in Aurelia! Will she find a way to escape? And will Dom find a way to convince Rose that his powers are under control?

Chapter 10: The Battle for Aurelia

A sinister new face arrives at Stormholt castle as Kenna enters the labyrinth of the Technocrats.

While Kenna navagates (sic) the Labyrinth's deadly traps, Marco and Hex prepare their own trap for her at Stormholt Castle...

Dominic and Rose plan to destroy Hex's cannon, and Kenna fights for her life against the Labyrinth's mechanical guardian!

Can Kenna convince the leader of the Technocrats to fight for Stormholt? Meanwhile, Dominic is reunited with Sei in Stormholt's dungeon.

Chapter 15: The Return to Stormholt

This is it! The final battle has arrived! Can Kenna and her army take back Stormholt once and for all?

The battle comes to a head! Can Kenna's forces breach Stormholt's walls?

Chapter 17: The Return of the Queen

Kenna faces Prince Marco in a final duel for Stormholt while Dominic goes after Bartel.

Chapter 18: The Queen of Stormholt

Queen Kenna's coronation is time to celebrate, but will she and Dominic survive what comes next? 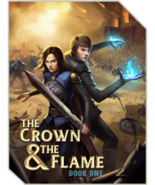 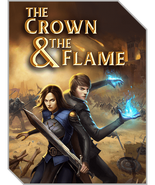 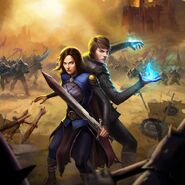 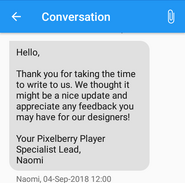 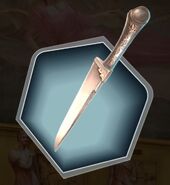 Knife as seen in premium scene of Ch.4 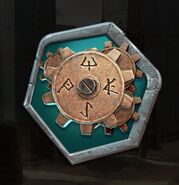 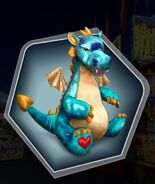 Click here for the walkthrough of this book: The Crown & The Flame, Book 1 Choices.

Retrieved from "https://choices-stories-you-play.fandom.com/wiki/The_Crown_%26_The_Flame,_Book_1?oldid=378684"
Community content is available under CC-BY-SA unless otherwise noted.