Seth, a character in the Red Carpet Diaries series, is one of your character's neighbors and a potential love interest. He makes his first appearance in Book 1, Chapter 1.

Although his time in Hollywood has left him pessimistic in regards to chasing the 'Hollywood dream', he is willing to offer his assistance to Your Character when needed.

He has described himself as "congenitally incapable of giving friends crap the minute (he sees) them" and as a "dorky comedian". Seth also has low self-esteem but can be confident when encouraged by Your Character.

As a fellow Midwest Fly-over transplant (he is from Ohio), Seth was previously a highly sought after waiter for celebrity parties and events. However, his career is now over, for unknown reasons. He now works a series of part-time jobs, including limo-driving, to get by.

His current passion is comedy, inspired by the comedian Flip Marino whom he looks up to. He works gigs at local comedy clubs, hoping for his big break. He becomes the script doctor/screenwriter for Tender Nothings when Matt buys the rights from the studio.

In Book 1, Your Character is Seth's neighbor who lives across the hall. He takes a liking to her when they first meet. Throughout the story Seth is there to support your budding career, while you support his.

If you choose him to be your official love interest in Book 3, Chapter 1, and spend time with him at the pool, he will ask what he did to deserve you. He will later save you from being hit by a burning rigging and ask you to marry him.

Gloria is one of Seth's neighbors.

While Seth and actor Matt Rodriguez have no interactions, Seth learns about him and other people you work with through talks with Your Character. After finding out that Matt will finance Tender Nothings with his own money in Chapter 14, Seth jokingly asks, "Do you think I'm his type?".

In Book 2, Chapter 2, it is revealed that Seth and Teja Desai are collaborating on a comedy movie starring Josh Morello. While they are enthusiastic at first, as soon as they start working on the actual plot, they quickly develop opposing opinions about the direction of the movie. While Teja wants to stress the comedy aspect, Seth wants to show variety and therefore less comedy. This leads to several arguments between them that you are able to witness. They start interrupting each others' sentences and hardly look at each other when they both talk to you. As time goes on, they avoid being in the same room and therefore rather meet you alone. In Chapter 15, you help them save their friendship. If you don't choose to let them spend time in an escape room, they will decide to split their work on the movie and to never work together again.

If Seth and Teja decide to never work together again, they will tell you about their new projects in Book 2, Chapter 16. Seth and Holly consider working together on his project. Seth tells you that Holly is a genius screenwriter. 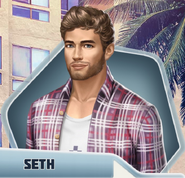 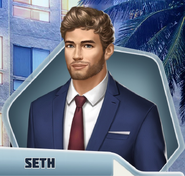 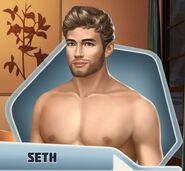 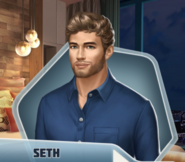 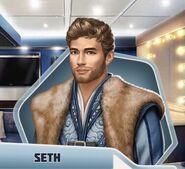 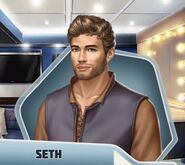 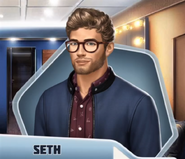 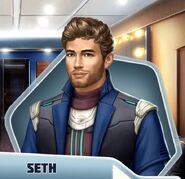 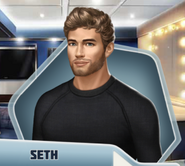 The Love Interest in BK2, CH1 (No Victoria)

On the beach w/ MC 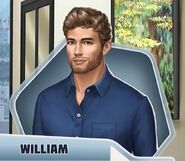 As William in Casual Outfit 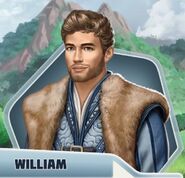 As William in Fantasy Movie Costume 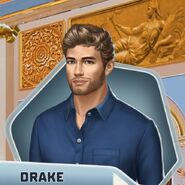 As Drake in "The Royal Romance" movie 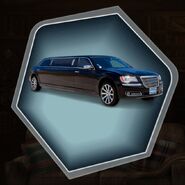 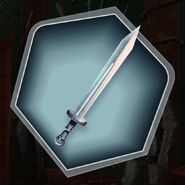 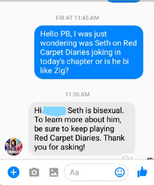 Confirmation of Seth being Bi