October 28, 2020 - present
Rising Tides is the first and thus far the only book of the Rising Tides series.

You and your activist-minded sister try to raise awareness about climate change and end up going toe to toe with a large corporation whose practices are damaging the environment–you find yourself unintentionally cast as the face of an eco-activist movement.

When a natural disaster hits your town, your sister insists it's related to climate change. But will the town listen?

Chapter 2: Fish Out Of Water

The beach cleanup turns unexpectedly dramatic, and you meet a mysterious stranger.

Charlie pushes to make her voice heard, but not everyone agrees with her ideas--and it might get her in trouble.

In light of disappointing news, you help Charlie find a new way to spread her message.

Charlie's initiative gains traction, but she encounters pushback from an unexpected source.

Chapter 6: Drop In The Ocean

As you and Charlie begin campaigning in earnest, both Robin and Charlie run into some serious setbacks.

You make a difficult decision... and suffer the consequences. 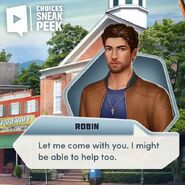 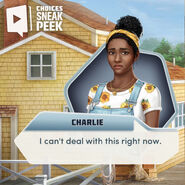 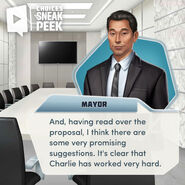 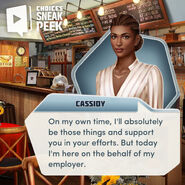 Chapter 6 Sneak Peek
Add a photo to this gallery 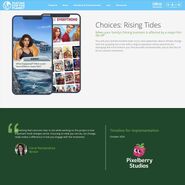 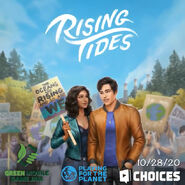 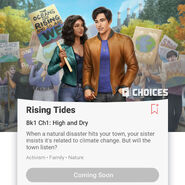 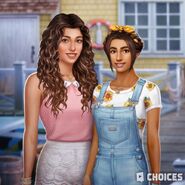 Sneak Peek featuring a version of MC and Charlie 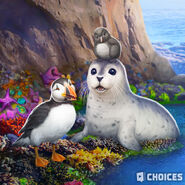 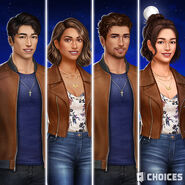 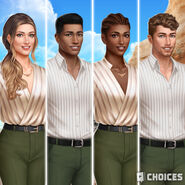 Sneak Peek featuring Cassidy
Add a photo to this gallery 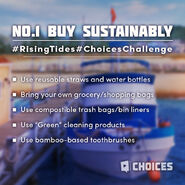 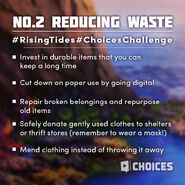 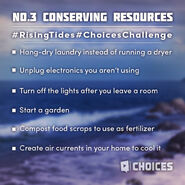 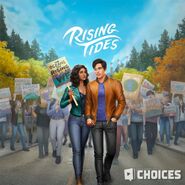 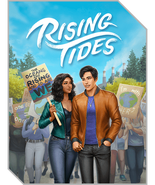 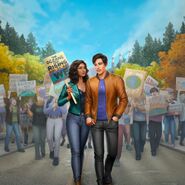 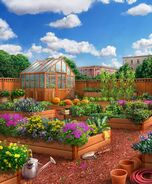 New Community Garden
Add a photo to this gallery 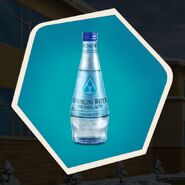 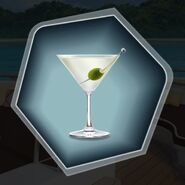 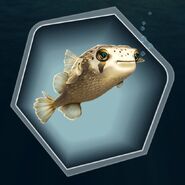 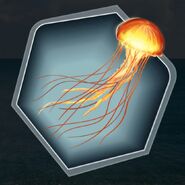 Jellyfish
Add a photo to this gallery

Choices - Rising Tides, Trailer
Add a photo to this gallery

Click here for the walkthrough of this book: Rising Tides Choices.

Retrieved from "https://choices-stories-you-play.fandom.com/wiki/Rising_Tides?oldid=356736"
Community content is available under CC-BY-SA unless otherwise noted.