Eros is still plotting against you, and not everyone is who they seem... What will your next move be?

Eros is still plotting against you, and not everyone is who they seem... What will your next move be?

Alana's back, and she has connections that could bring you closer to rescuing Damien.

It's time to rescue Damien from Eros's grasp, but will things go as planned?

You are given a brief moment of respite in the fast-paced city of Tokyo... But no place is safe forever.

You've managed to get into Khaan Mousavi's exclusive launch party... Getting him to trust you is another matter entirely.

Khaan welcomes you into his home and has some troubling secrets to share about Eros...

Chapter 7: Who We Are

Your team preps for the next mission, but not everyone's ready for what's coming...

You're inside Eros R&D to plant Khaan's code! But first, you have to survive orientation...

Chapter 9: When in Paradise

You and your friends try to enjoy what paradise has to offer, but a government declaration calls you home...

You rush to the States to take the fight to the public. But at the hottest party of the year, can you impress Hollywood's elite?

You and your Match are about to appear on live TV, but the showbiz world is full of surprises.

Things are heating up on national television! Will you be able to rebuild your reputation... or will you lose to Eros's schemes?

Chapter 13: The Eve of Battle

In the capital, you prepare for the biggest night of your lives... when someone from your past returns!

Will you expose Eros at last? Find out in this two-part finale of Perfect Match!

In the finale of Perfect Match, chaos erupts at the gala. Will your enemies get away? And where will you find yourself when it ends? 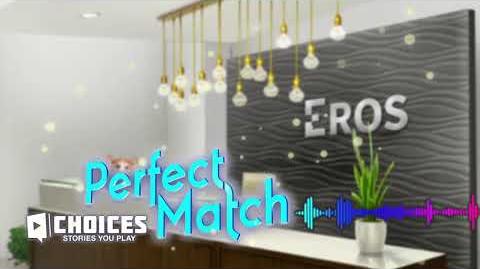 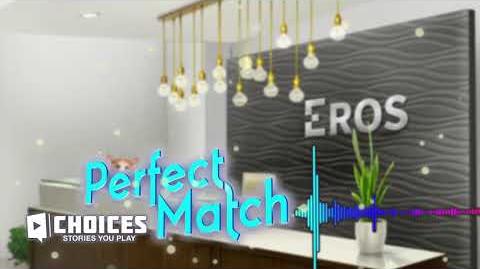 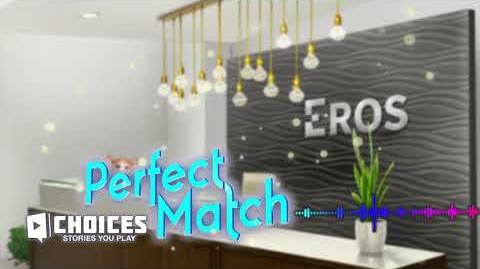 Click here for the walkthrough of this book: Perfect Match, Book 2 Choices.

Retrieved from "https://choices-stories-you-play.fandom.com/wiki/Perfect_Match,_Book_2?oldid=263002"
Community content is available under CC-BY-SA unless otherwise noted.