Choices: Stories You Play Wiki
Register
Don't have an account?
Sign In
Advertisement
in: Characters, Female, 'Rules of Engagement' Characters,
and 3 more

Her default name is "Katie", but the player can choose to name her as they wish.

She has brown eyes, tan skin, and brown hair that is customizable with different lengths and hairstyles.

She is sweet, caring, romantic, and always follows the rules. She always tries to help all of her siblings with their inheritance task. Business Guy finds her dazzling, warm, funny, and clever.

At some point after high school, Main Character met a man who she ended up falling for and got engaged to. They were engaged for quite some time, five years to be exact, until shortly after Nana Amelia's death, when Ex-Fiancé cheated with Sabrina. Main Character had walked in on them in a less than appropriate position as she was arriving back home from getting takeout food.

Once her Nana passed away, Main Character reunited with her siblings for a cruise which Nana wanted them to take. The revelation that Nana was a multi-millionaire effectively kicks off the events of the Rules of Engagement series.

A handsome stranger in a suit saves her from Shane, a bad date at a singles-cocktail mixer. They go on a date in Venice in the next chapter and if you spend diamonds to extend the date, you will be able to kiss him. He sends your main character flowers and you are even able to video chat with him. Finally, he also invites your character on a date in Paris. He proposes to the Main Character in Book 2 and she can choose to marry him at the end of Book 2.

She meets the european guy in Athens and even go on a date together. He chooses to go on the cruise with her because he says he couldn't resist her. They can kiss multiple times if the player chooses it. They both share a love of adventure and they often break the rules. The Main Character later finds out that he is the crown prince of Cordonia, a small country near Greece. The European Guy later abdicates the throne because of the Main Character. He is the first to propose to the Main Character in Book 2 and she can choose to marry him at the end of Book 2.

The ex-fiance is her old fiance until she caught him cheating on her with Sabrina. They had been together for 5 years. After hearing about the money, he tries to get back with her so they can split the money. He tricks the Main Character into signing a marriage contract and she spends most of Book 2 trying to get out of the marriage. He has not appeared in Book 3.

Brother (Alex), Party-Girl Sister (Jess) and Bookish Sister (Nicole) are her siblings. They help each other with their challenges, and care about each other.

The cousin has always been jealous of her and her siblings, because she thinks that Nana loved them more than her. After Nana's death, she now tries to get the whole inheritance for herself by sabotaging her cousins' tasks. Throughout the book, the Main Character can be nice to her or be mean to her. 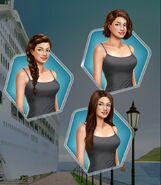 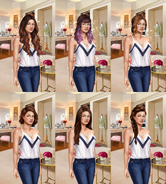 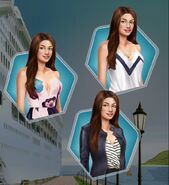 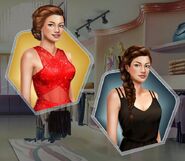 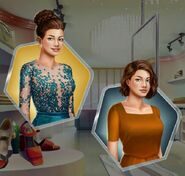 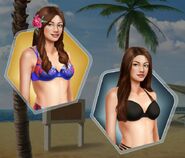 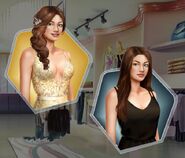 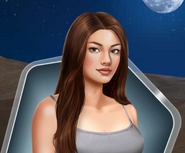 Meeting the King and Queen of Cordonia

Boat ride with the Bartender

Moroccan adventurer with the Businessman

MC on the cover of Book 1

MC on the cover of Book 2 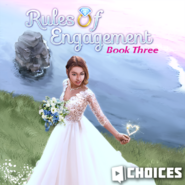 MC on the cover of Book 3

MC on the cover of Rules: Newlyweds 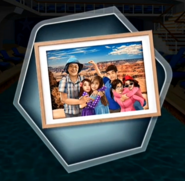 As kid with her cousin, siblings and Nana 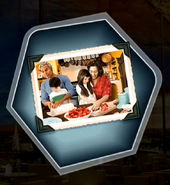 As a kid, cooking with grandparents 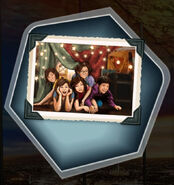 As a kid, in a pillow fort with brother, the twins, and cousin 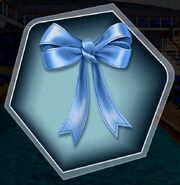 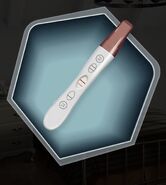